We developed a training program for nVision Systems, which teaches soldiers how to setup GATR Corporation’s inflatable satellite antennas. Training soldiers how to setup the antenna was difficult, because you had to tweak several settings at once, while making sure the balloon did not over-inflate and rupture. We built a training program for them in Unity3D, that simulates the balloon inflating using a simple air flow physics model and morph target interpolation. For the physics simulation, we reduced the system to a really simple model of air in vs. air out. This allowed the simulation to track how much air was in the balloon as the student tweaked the blower and exit exhausts. We then setup a curve that mapped the amount of air to the morph targets, and used that to choose which morph targets to use at any given time. This simple model allowed the balloon to respond in a realistic manner based on what the student did. 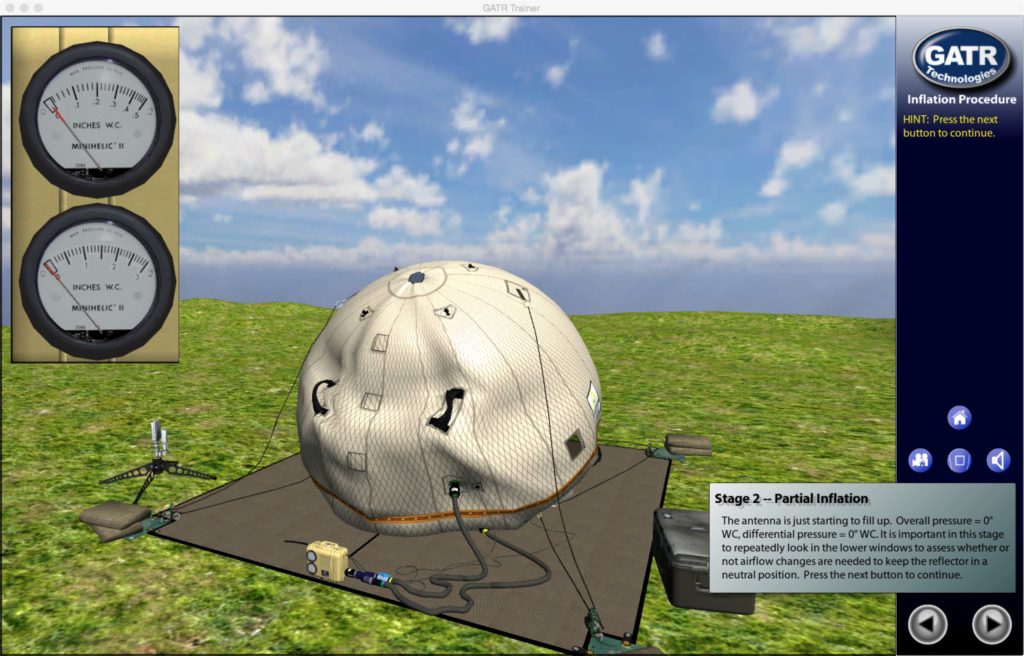 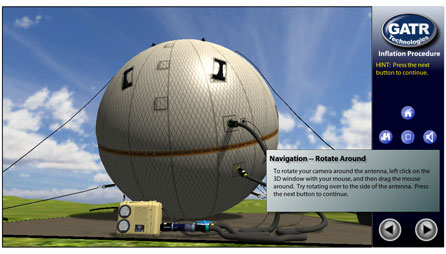 We built a similar app for training soldiers how to remove and replace indicator lights on a military generator.  The trainer took the student step by step through removal of screws, extraction of the control panel, removal of the light, crimping and replacing the correct wires, insertion of the new light and reassembly of the unit. 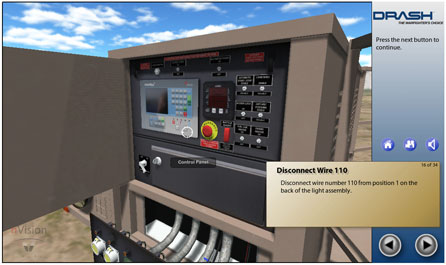 Likewise, we have worked on part viewer applications.  These apps allow a technician to view a mechanical assembly, break it apart into its individual items, and even directly interface with a back end database for ordering replacement parts: 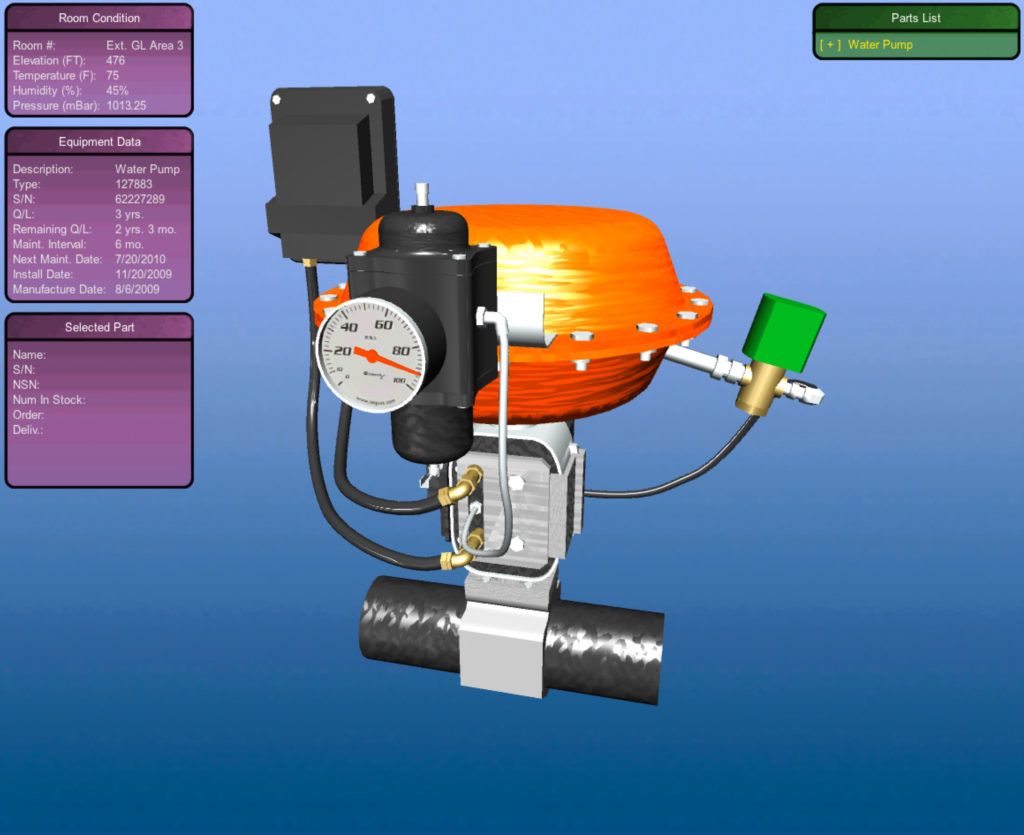 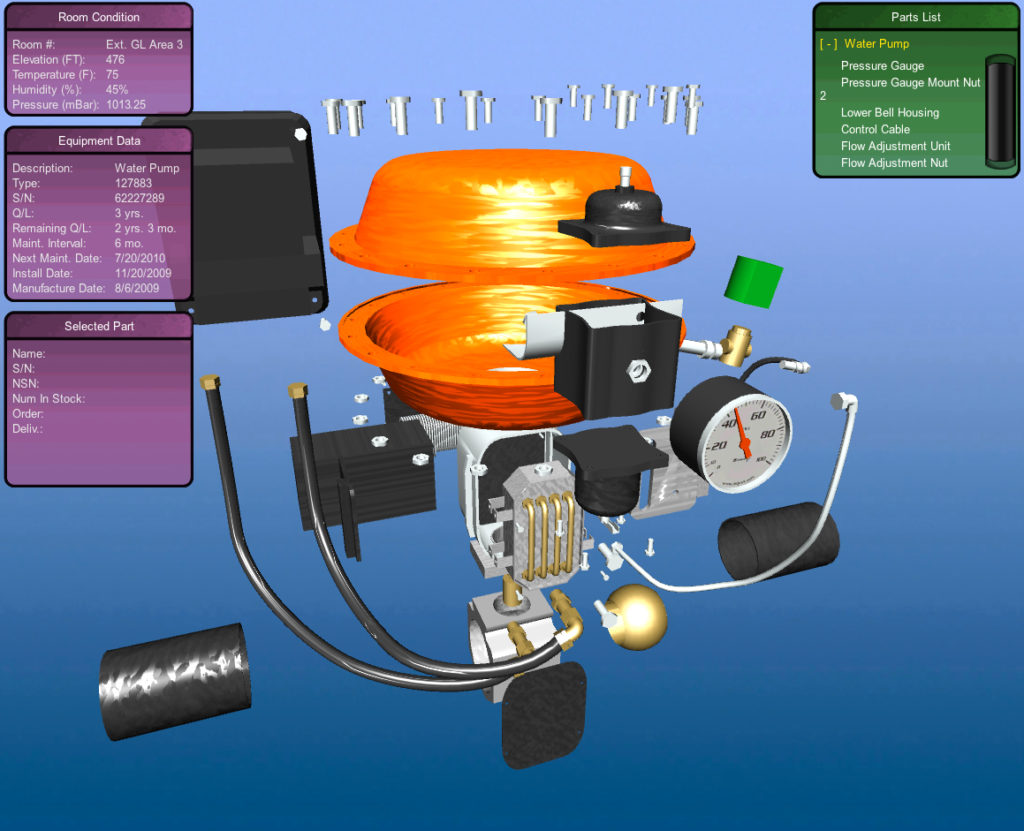 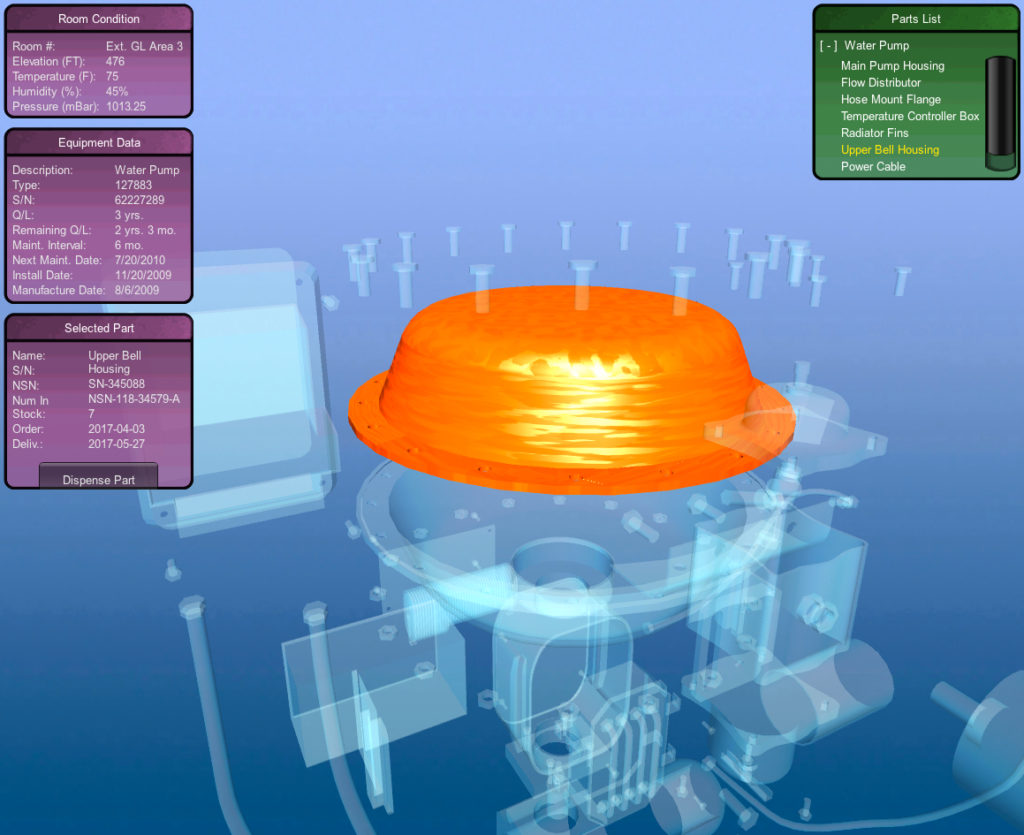